Malgieri on “La Repubblica” in reply to the Editor : “the term “racial” in the GDPR has no racist intentions” 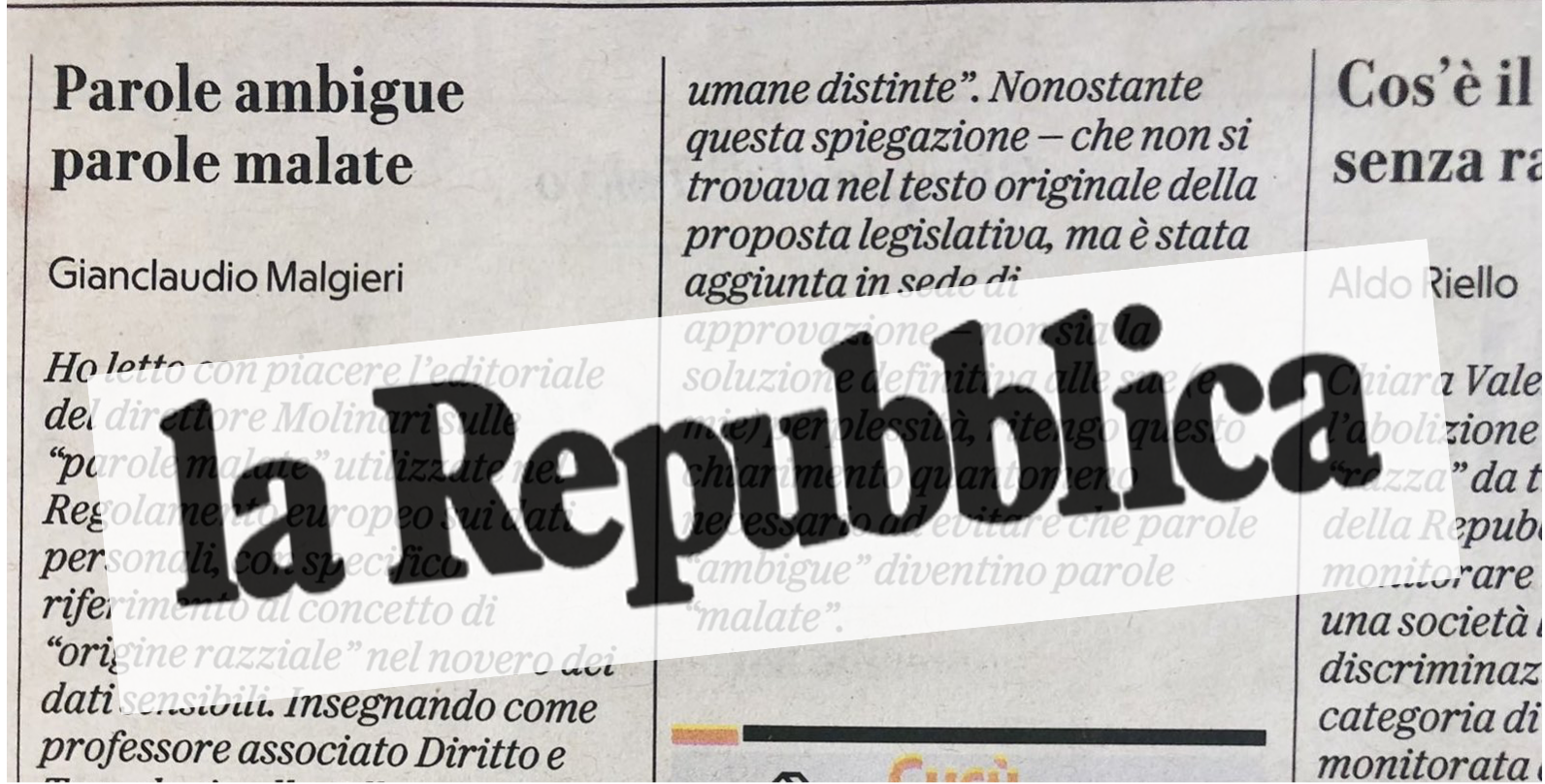 On August the 1st, a short editorial by Gianclaudio Malgieri has been published on “La Repubblica”, second main newspaper in Italy. The Editor, two days before, had blamed the GDPR for using a “racist” terminology (Article 9 refers to “racial origins” when mentioning sensitive data).

Malgieri replied to the Editor referring to recital 51 of the GDPR, which explicitly affirms that “the use of the term ‘racial origin’ in this Regulation does not imply an acceptance by the Union of theories which attempt to determine the existence of separate human races”.

In the full version, which has been published on “Agenda Digitale”, Malgieri explains that “this issue, which can be observed over the decades in many kinds of debates (see, e.g., the feminist or post-colonial literature), reminds us that the ultimate aim of the EU law is to pragmatically protect the human person in his or her dignity and fundamental rights and thus prevent any “harm”. “In order to achieve this goal (e.g. to deal with “racists”), the means can also be problematic (accepting the word “racial origin”) – the author explains – but when. balancing risks and benefits the EU legislator has made it clear – in the above-mentioned preamble – that using problematic terms does not mean endorsing harmful theories. In short, better a good interpretation than a timid gap”.